Posted by Lydia Velarde at 8:08 PM No comments:

Our video from Heritage Park
Posted by Lydia Velarde at 8:23 PM No comments:

Situated between the Rhone and Saone rivers, the city is both a blend of new
and old worlds.  Here you can find modern structures that tower over the city
to old buildings that date back to the Renaissance and Middle Age periods.
Famous for being the food capital of France, Lyon is roughly a two hour train ride
from Paris. 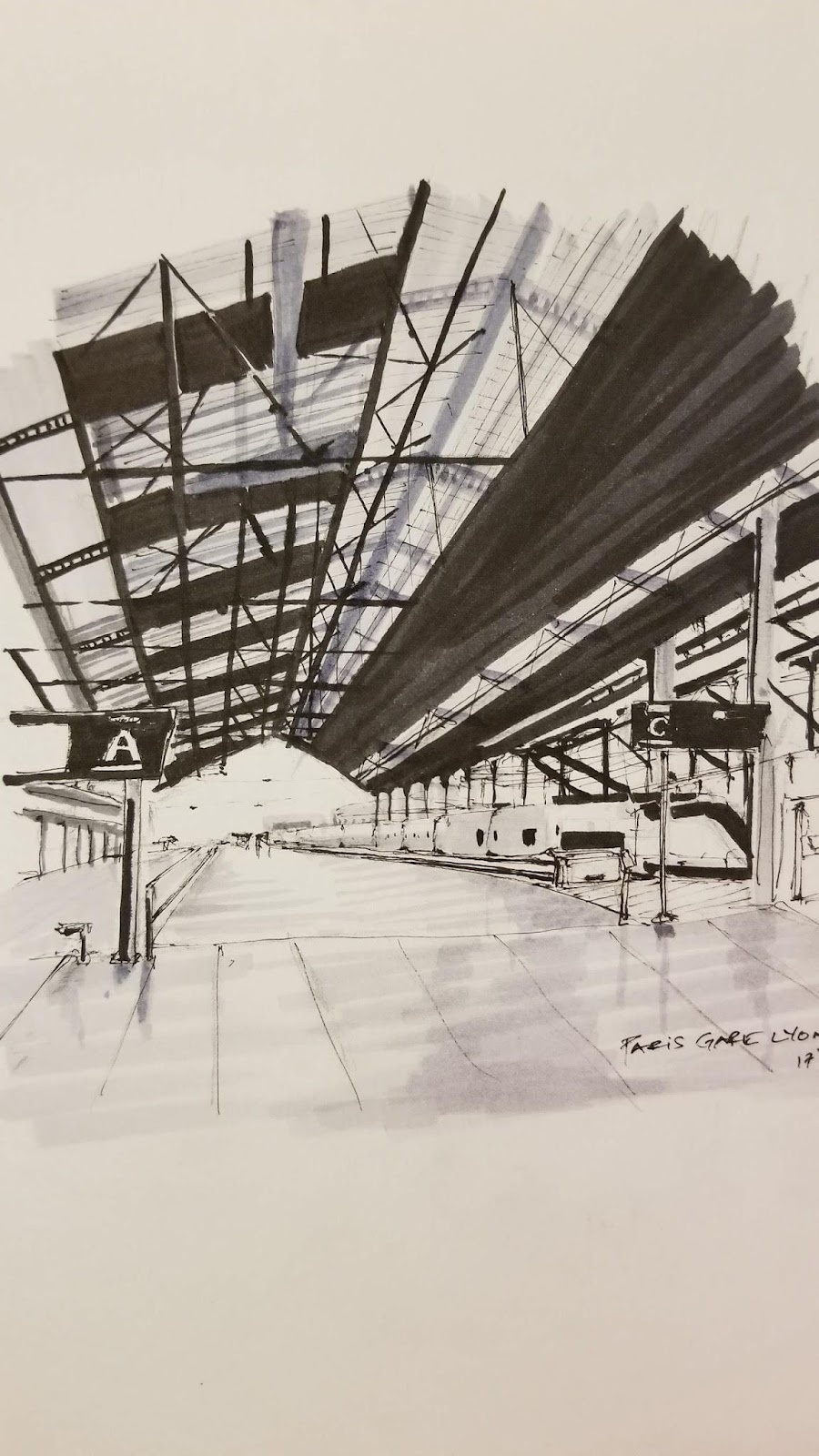 To get to Lyon from Paris by train, Paris Gare Lyon station is the one you are going
to take to leave the city. Obviously arrive early to give yourself some time just in case
you get lost as to where to go once you get there.  I made this mistake and had to
purchase another ticket for almost three times the amount I initially paid for. Luckily
there was another train I could catch within an hour.  Looking back, I can
definitely laugh at this but I was not a happy camper that morning.

After arriving in Lyon and settling in my hotel room, I quickly left to explore the city.
Lyon, like Paris, is divided into different areas separated by the two rivers.  Staying in
Presqu’ile, which is in the center of the city, I took a short tram ride to Place Bellecour.
This place is a large city square complete with a Ferris wheel and an equestrian
statue of Louis XVI in the center. From the square you can also see the Basilica of
Notre Dame de Fourviere perched on it’s hill overlooking the entire city. 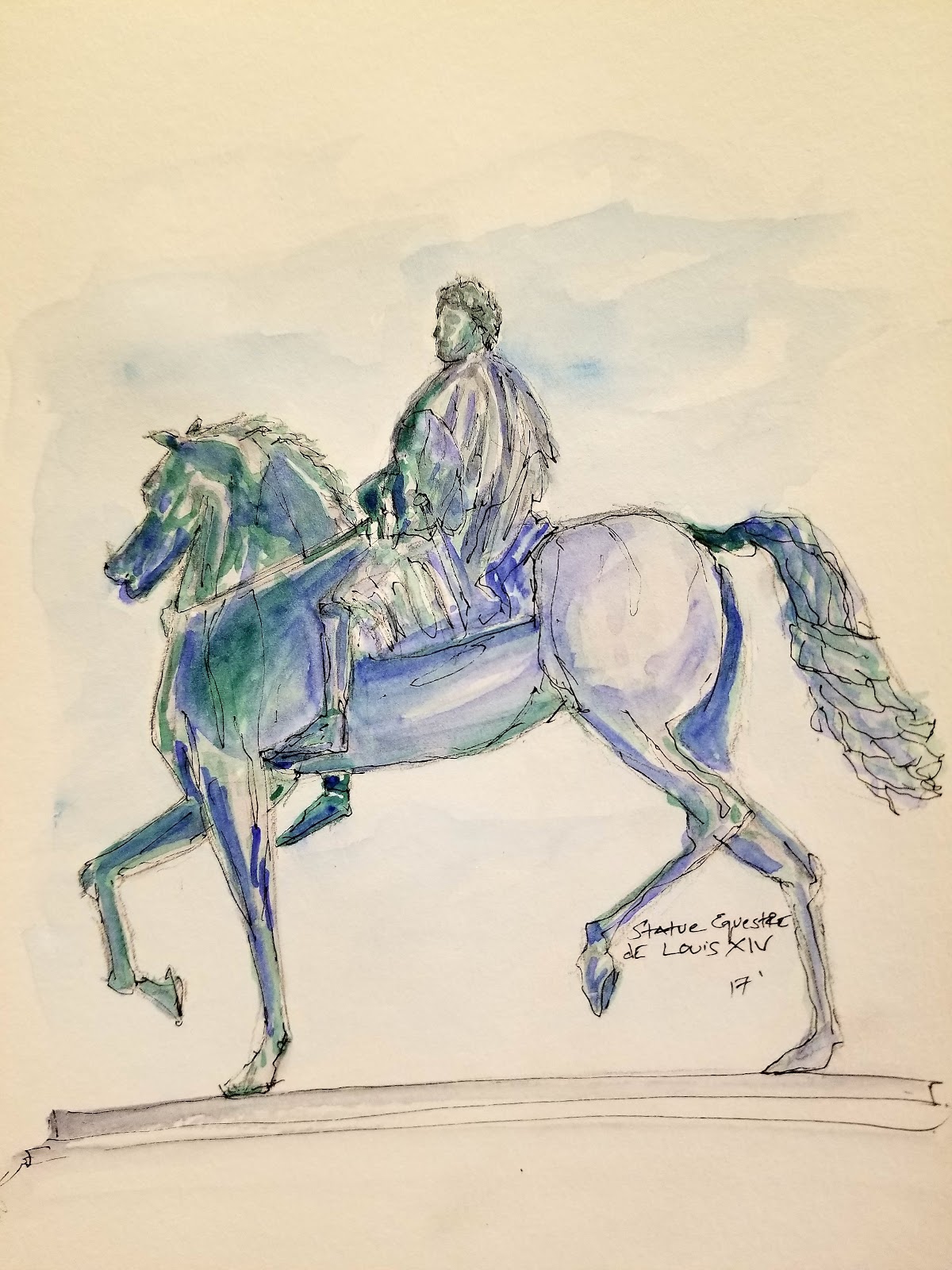 A short walk across the many bridges over the Saone river, will take you to
Vieux Lyon.  This is the oldest part of the city, which traces it’s past back to the
old silk merchants.  With it’s perfectly preserved buildings and cobblestone streets,
it was like stepping back into time. 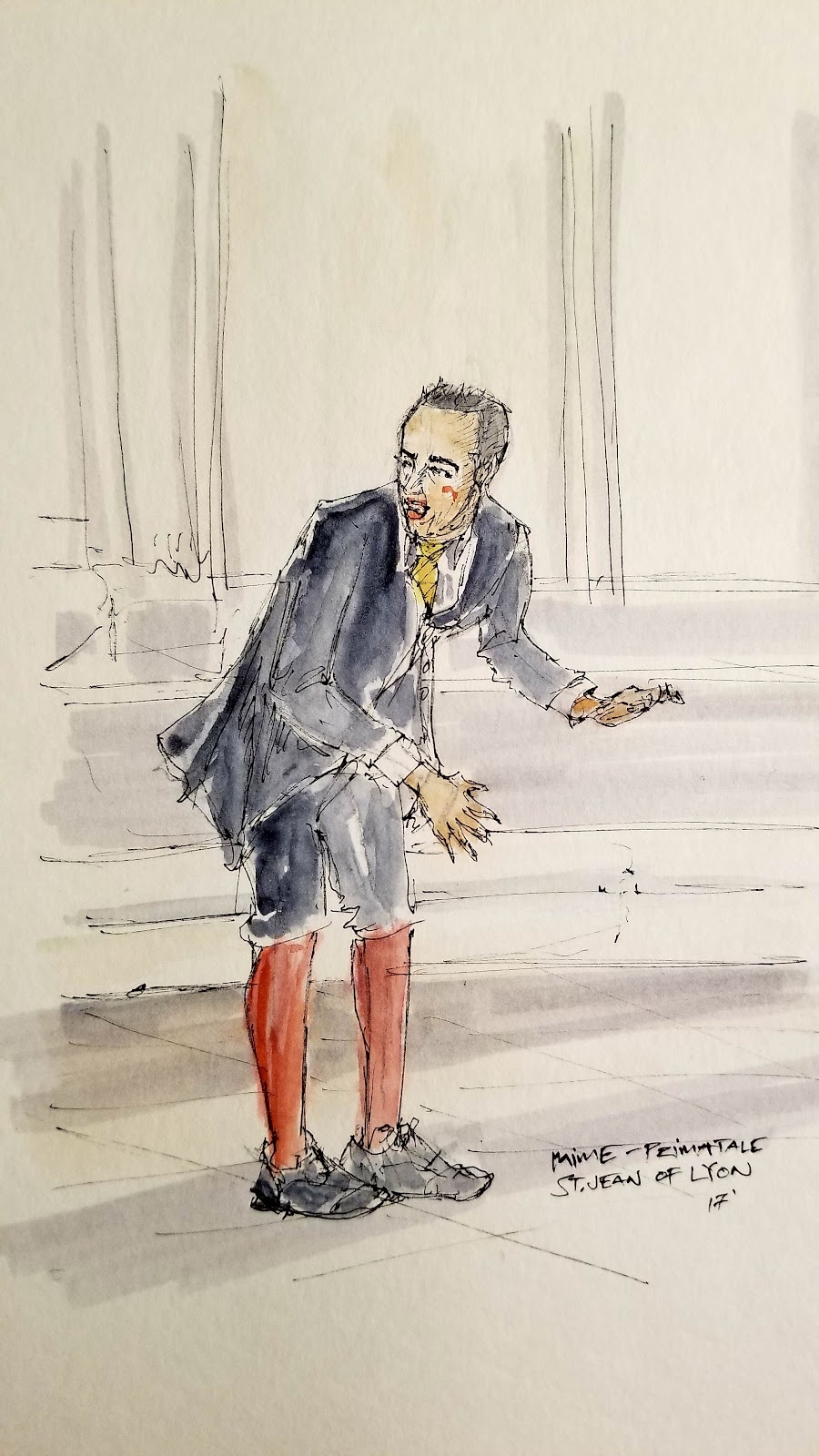 While making my way towards the Basilica of Notre Dame de Fourviere, I
stopped in front of St. Jean Baptiste Cathedral and caught a mime doing a show. 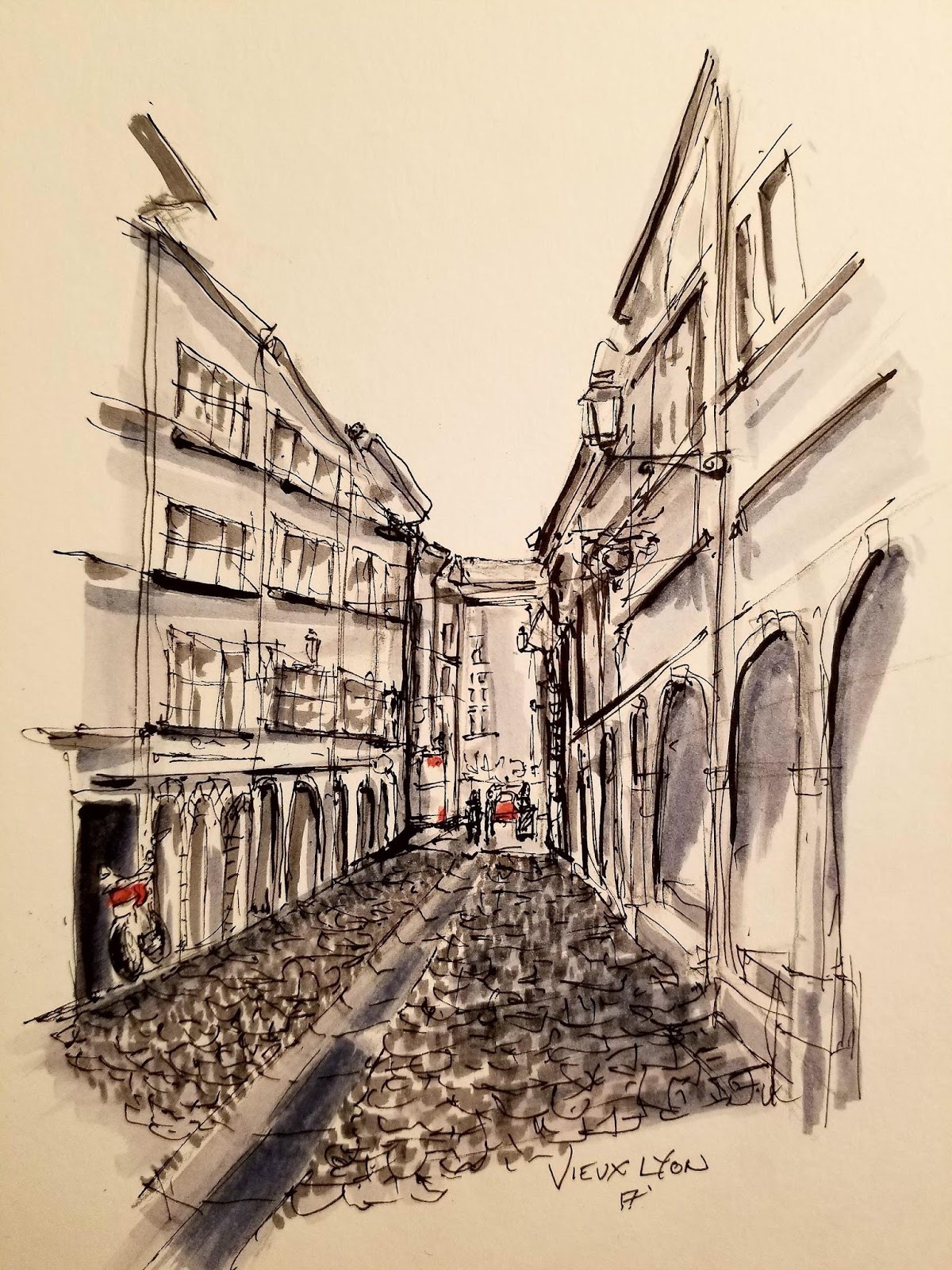 To get to the Basilica, you have to go through the many streets and alleys.  Many are
littered with shops taking residence in buildings that date back to the 15th and 16th century.
A chocolate place that I stopped at was once home to the kings prosecutor.  It’s very surreal
to think about how much history a random building here must have. 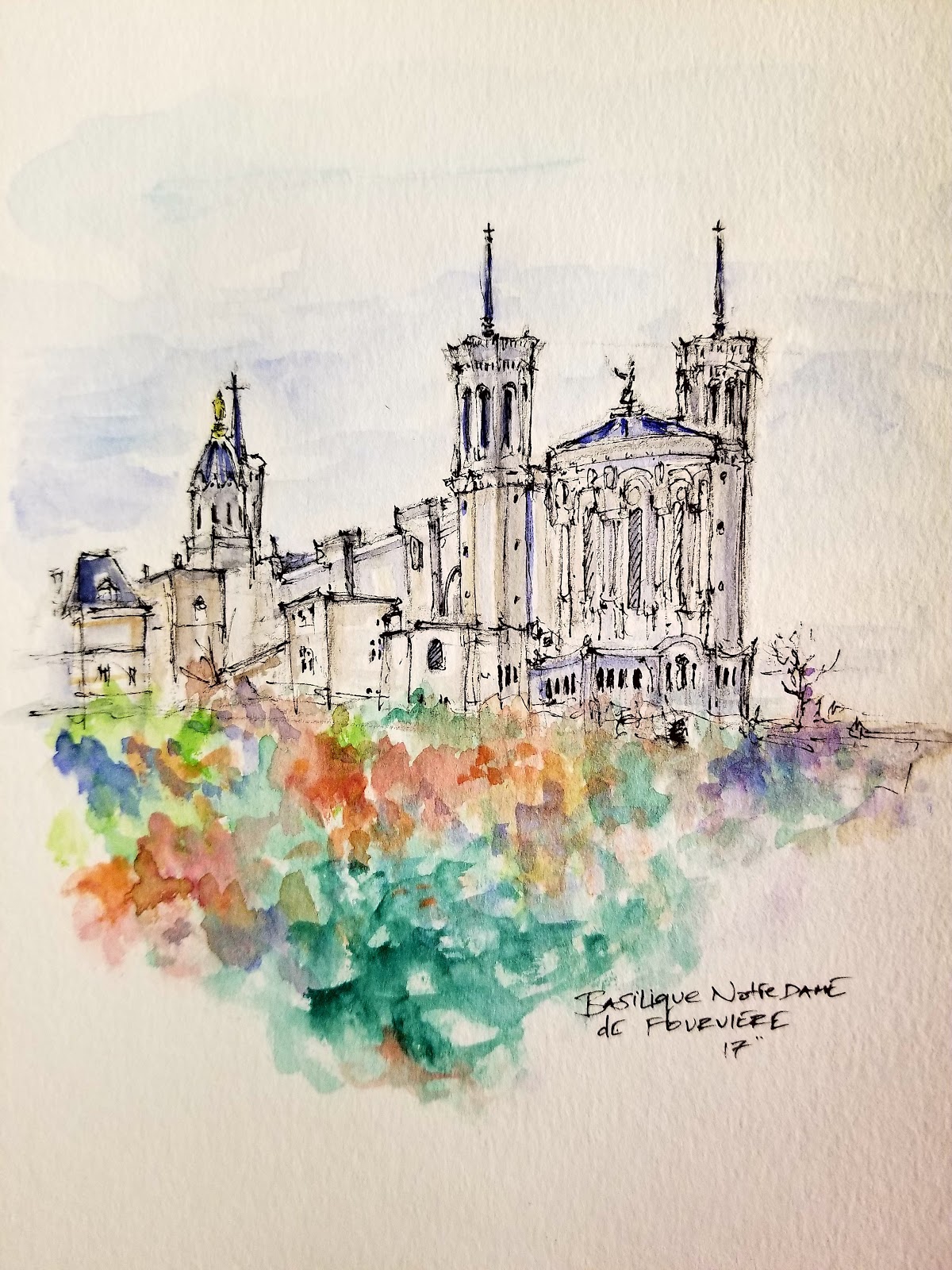 After making my way past the different neighborhoods, I arrived at the foot of the
Basilica of Notre Dame de Fourviere. From there, it is a small hike up to reach the place.
There are multiple paths one can take with each offering different gems to discover.
If you want a great view of the city, this is the best spot, offering a panoramic view.

While it may not get the same fanfare as Paris, Lyon is still a great city to explore with it's
own art and history.  It's a very charming and quaint city that is very walkable with many different places to explore.  I also love the small town feel it has, which is how San Diego is.  I will definitely have to make my way back here someday and probably focus more on the eating. 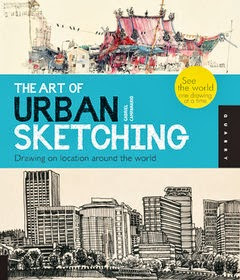